Revolutionary is an understatement for a total re-imagination of the boundary layer turbine pump and engine patented by Nikola Tesla in 1911. Shortly afterward the engine was introduced, it was hailed as ‘a powerhouse in a hat’ – capable of delivering 200 horsepower inside a cubic-foot of space. But after multiple attempts at producing a viable commercial version, it was largely abandoned. The material sciences of the time could not support the torque and pressure strength displacements. Others have tried and some success was achieved when these principles were applied to liquids, especially abrasive fluids. However, this has never been successfully applied to gases – until now. 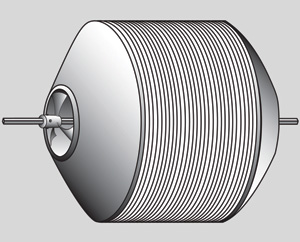 New research by Statim Technology LLC and NuEnergy has resulted in the re-introduction of Tesla’s dream, and under development is an ultra-high-efficiency version.

Our development utilizes advanced rotary dynamics and space-age materials to make it efficient, stable, and commercially viable. We have created a new design which makes use of improved delineation of physics, newer materials, manufacturing, and better components.

An electrical generation unit capable of 80 kilowatts/ hour, fitting within a one-cubic-foot space, and weighing less than ten pounds is the first project currently in prototype stage. An up-scaling of this unit is projected for municipal use and will follow shortly thereafter.

While the currently available Mark II BLT pump has been impressive as a lightweight and efficient air-pressurizing pump for Statim’s Pol-Air micro-environmental chiller series, the new Mark III pump will be a quantum-leap forward.

– The core of the turbine is a rotating assembly of disks mounted to a shaft with exhaust vents.

– The NuEnergy/Statim Technology design include a multitude of disks attached to the shaft, operating as a complete unit within a casing.

– Gas, such as steam, is applied to the outside edges of the disks through a nozzle.

– As the gas moves across the surface of the disk towards the shaft, the unit rotates, turning super-efficient generators for energy production.

The Mark III BLT will bring a whole new day of ultra-efficiency for these pumps and engines.
If you like to know more about our company and products or services, please  contact us for more information.