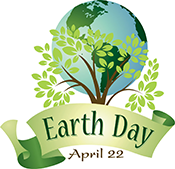 On June 29, 1979, I was standing on the roof of the West Wing of the White House speaking with Senator Bill Bradley and gazing at the 32 panel thermal (heat) solar system which my company, Alternate Energy Industries, had just installed. We were celebrating this auspicious occasion. I wondered to myself, “How long would it take America to react to such a clarion call for change.” It seemed obvious to me that a transition from a collective dependence on fossil fuels to clean renewable energy sources was a global primary need.

It has taken thirty years for this inescapable destiny to finally come about. It is obvious that there are still some with a personal stake in fossil fuel companies and politically linked multi-national corporations who remain nonsupportive of such change, or at least hold back promoting any transition until their corporations have properly positioned themselves to profit from this viable alternate energy usage. Meanwhile, energy is the common denominator that prevents this nation and most others from disconnecting themselves from approximately 75 million barrels of mostly Mid-East oil, which flows out daily from the OPEC cartel.

Over the past 25 years, the economics of decentralized electric power generating systems such as photovoltaic solar systems, small-scale hydroelectric, wind energy systems, ocean thermal/motion, and a few others, have gradually, and relative to the application or demand usage, become price competitive in many parts of our country and around the world.

It is a moral depravity to perpetuate and condemn two thirds of our planet’s population to continue to live in abject poverty primarily because of their lack of energy. The sun rises above their heads and therefore the wind blows over their water and land as well as or better than ours. Bringing inexpensive sustainable energy to these “third world” nations will be the planetary solvent! We will then rise and earn our collective status as “WISE”
human beings.

“Overunity” is a term being used in quantum physics. It is used to describe technologies that use a closed system, which produces more energy than it consumes. Our continued enhancement of the science and engineering aspects of developing sustainable energy sources will lead to “overunity” sources. We need to develop a higher global social conscience in order to peacefully make this transition. Let us determine methods for the widespread use of these technologies for social justice, peace, and the creation of a long-term sustainable civilization on Earth.

I can only hope that this letter will motivate you to contribute to this most worthwhile cause and purpose. I hope that, at the same time, it will also help you to reap the potential financial rewards of eliminating, or at least help to reduce our dependence on those power grid lines, which although not obviously transparent to most of you, are tied to those smoke billowing stacks and barrels of imported oil, gas, and the most toxic of all; coal.

I believe that with your support in this most worthwhile endeavor, we can make a difference. NuEnergy Technologies stands ready to provide systems and access to our technologies so that we may be part of the solution in bringing about freedom from the shackles of oil and coal dependence.

I know that I will continue to provide my full abilities and God-given talents in helping us all come closer to removing these shackles from our current source of energy providers, as we become more self reliant, but more importantly – WISER, and saner in the choices we make.